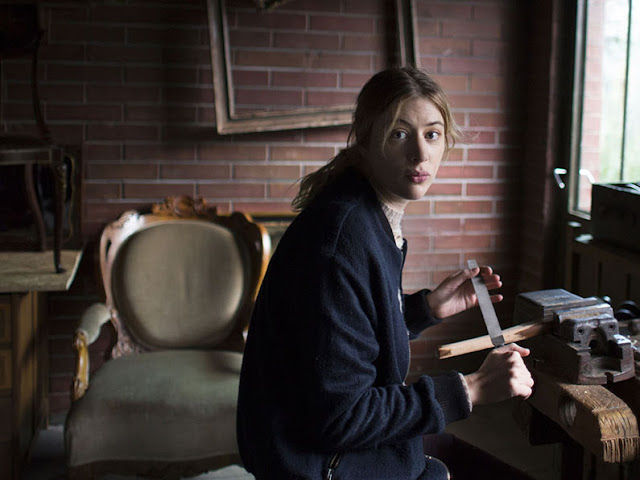 Writer-director Olivier Assayas conflates the discarnate realms of the spirit world and social media in ‘Personal Shopper,’ his slick, curiously amorphous fifteenth feature. Equal parts ghost story, psychological drama and elliptical mystery, it centers on Maureen (Kristen Stewart), a morose young American lingering in Paris after the sudden death of her twin brother, Lewis, a medium who regularly communicated with the dead before his own passing. She begrudgingly takes a job as a personal assistant for a model (Nora von Waldstätten), an arrangement that allows her to stay in town and attempt to contact her brother, but also complicates and prolongs her mourning, and delays her re-entry into the real world. Maureen’s day-to-day existence is a sort of limbo, largely spent drifting through the city on scooter or mass transport, running errands and waiting for someone, anyone really, to reach out and grab her.

The world Assayas creates for his heroine to meander through is a thoroughly modern one, visually crisp yet blurry around the edges, rife with glowing screens (computers, phones, mirrors, even ultrasounds) but conspicuously lacking in human warmth. It's never quite clear if his intent is to comment directly on digital alienation, or the pain of loss, or to subvert the deeply clichéd supernatural thriller genre (or to do all three), but frankly, it's not important. Style and atmosphere carry this film, as do a pair of imaginative sequences that may be firsts in all of cinema: a tense, extended text conversation between Maureen and a mystery interlocutor that may or may not be dead, and a recreation of a YouTube/Google binge that is illuminating, and quite fun to watch. In a lead role that requires her to be on screen for 95% of the runtime, Stewart shines. Her glowering, detached presence is perfectly suited for Maureen, easily one of the better turns of her young career.
Posted by Andrew Castillo at 6:42 AM