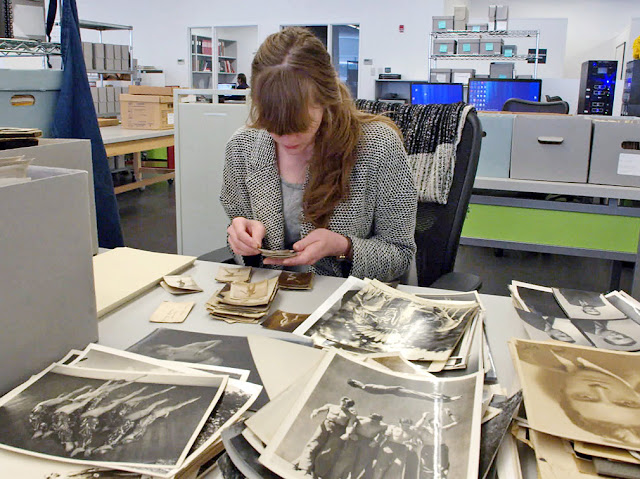 In 'Ex Libris - The New York Public Library’, the latest documentary epic from Frederick Wiseman, the 87-year old filmmaker surveys the hallowed halls and musty stacks of the titular institution. Shot over a 12-week period in late-2015, it focuses on the flagship Fifth Avenue building, but also a number of smaller branches throughout the city. Wiseman's distinctive approach to his subject, honed over more than 50 years and 40 plus features, is as effective as ever, and remains reassuringly unchanged. His camera is still keenly observant and all but invisible, his montage still among the most rigorous and subtly associative in documentary film, and as usual, his topic is two-fold: an institution, and the people who constitute, operate and collectively define that institution.

Like the floating narrative eye of a modernist writer, Wiseman and his crew seem to be everywhere at all times, and move seamlessly between various locations and social contexts. They drop in on top library executives deliberating on multi-million dollar budget decisions and local branch personnel dutifully serving their clients, grade schoolers crunching numbers in after-school programs and elderly members of a reading club bringing their wisdom to bear on literary classics. During lavishly staged events, preeminent intellectuals like Richard Dawkins and Ta-Nehisi Coates weigh in on history and the state of American affairs, while elsewhere, card-holding members congregate to discuss similarly pressing issues in more immediate terms. In one particularly memorable scene, black residents at a small West Harlem outpost hold an impromptu town hall meeting where they call attention to discriminatory practices, blatantly systematic and implicit, that harm and hinder their community. The result of these varied moments and perspectives, pieced together with adroit, artful editing, is a staggeringly intricate mosaic of the great establishment, a pointillist panorama that justifies every setup, and every last minute of its lengthy, three hour plus runtime.


If you’ve not yet picked up on it, the true subject of ‘Ex Libris’ is not books or even the buildings that serve as their repositories, but the supremely democratic, almost utopian idea of the library as a public portal to education, and thus, shared social standing. Following through on the premise of his underrated 1990 feature ‘Central Park,’ Wiseman posits a broad-minded, all-inclusive, public-private partnership as a microcosm of society as it could be, imperfect but ultimately worth aspiring to. In his benign vision, each individual who engages in the pursuit of knowledge at the library is doing his or her part to realize that ideal, from the curious schoolgirl seeking computer access to the hard-pressed man and woman sitting in an adult education class or standing in line at a job fair. Taken in the larger context of the director’s body of work, it would seem that the warm, hopeful portraitist of present has finally and definitively eclipsed the documentarian as a young man, the fierce cinematic muckraker responsible for groundbreaking exposes like ‘Titicut Follies’ and ‘Law and Order’. If that is the case, the arrival of late-career Frederick Wiseman could not have come at a better time.
Posted by Andrew Castillo at 6:40 AM No comments: 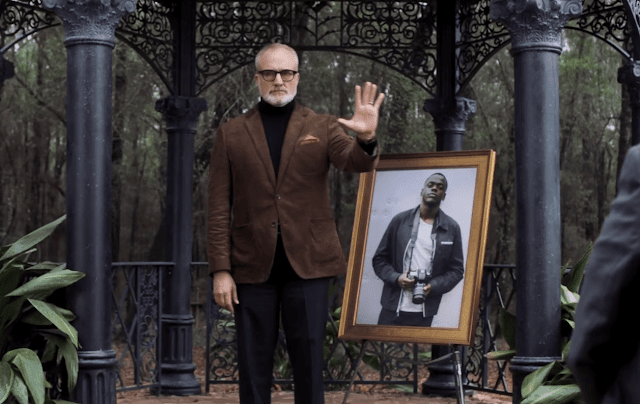 'Get Out,' the self-assured first feature from comedian-writer-actor turned director Jordan Peele, attempts to carry on the well established, oft overlooked tradition of black filmmakers couching social commentary in the conventions of straight-ahead genre. Peele's loaded take on the horror-thriller follows Chris (Daniel Kaluuya), a young black photographer who spends a hellish weekend at the suburban family home of his white girlfriend (Allison Williams). At first, her affluent, liberal-leaning parents (Bradley Whitford and Catherine Keener) seem harmless, if a little prone to racially insensitive faux pas, but the more time Chris spends among their eccentric friends and strangely aloof African American housekeepers, the more evident it becomes that he is in great danger. While it works perfectly well on the surface level - in terms of the carefully constructed atmosphere, constant scares, and sheer gratification elicited by the violent denouement - 'Get Out' fails to make any particularly meaningful statement about race relations in America, or provide much insight into the psychology of its protagonist. Its white villains are too villainous to read into, their evil plot too far-fetched to possess any real metaphorical resonance, and most crucially, the character at the film's center has too little to say about it all. Chris gawks in disbelief, weeps in terror and fights doggedly, but from first scene to last, we learn almost nothing about how he feels, beyond the apprehension and fear suggested in the title of the movie. There is a disappointing thinness to the characterization, and while much of the imagery associated with slavery and black oppression is striking and novel in the realm of horror, it amounts to window dressing, cobwebs in Dracula's castle.
Posted by Andrew Castillo at 8:05 AM No comments: