Unfortunately, it's been more than a full year since I've written a word about film, not counting my sporadic pontification on social media. While I have still yet to find the impetus to write regularly, I have recently decided to try my hand at translating from the Spanish. My first subject is an almost 100 year-old piece from the great Cuban writer Alejo Carpentier, full-time novelist of the magical realist school and part-time champion of cinematic modernism. It's the lead article from his collection of film writing of the same title, El Cine, Decima Musa. I do hope you enjoy it, I will certainly try to translate some more in the near future. 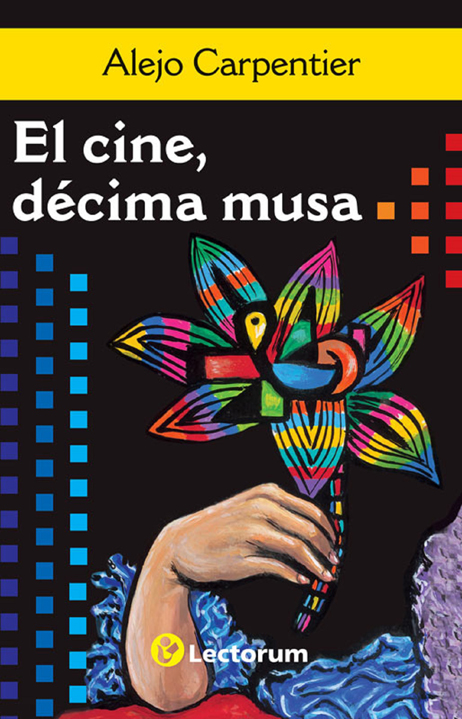 To say that one prefers the cinema to a certain type of theatre still strikes many as a sort of droll boutade, tossed off with the more or less obvious intent to shock.

This misunderstanding is derived from the fallacy that one form must necessarily be superior to the other, and that expressing a predilection for the “seventh art” is equivalent to a total betrayal of all traditional and respectable stage productions. However, with the considerable technical advances made recently by filmmakers in American studios, there are no two forms more divergent, in means or aesthetics, than theatre and cinema; while the former is relatively “static,” the latter, dominated by speed, is increasingly schematic, and utilizes means of expression that one could only try in vain to bring to the stage.

The considerable superiority of American filmmaking over that of most of Europe is owed, above all, to the fact that Yankee directors do not consider the screen inferior to, or a caricature of the stage. While French studios chase down stars of the Comédie-Française and even opera singers to play in the their films, the studios in California are home to specialists trained for the screen, who possess the gift of mimicry and are versed in the minute secrets of the camera.

The great virtue of Chaplin, which makes him one of the exceptional artists of our times, is his mastery of imitation. That marvelous clown, who has lampooned the wholly human tragedy of “misery striving to be decent,” is himself a caricature; that creator of a silhouette as painful as a Courteline comedy does not move his lips, and never speaks on screen. All of his eloquence, all of his humor, lives in the precision of his gestures. Thus, Chaplin is the prototype of the artist who will only grow in importance as his art moves, with great strides, away from the stage.

Otherwise, the growing sympathy that today’s audience feels for the cinema is completely logical. Privately, the spectator senses the perfect accord established, between the aesthetics of this new art form and their actual living conditions. The pace that tyrannically rules over our daily lives prevails on the screen, where, in less than two hours, hundreds of scenes, scores of locations and an infinite number of expressions parade by. The almost narrative-free vision of the filmmaker speaks to our times, which require of us a mind as segmented as a fly’s eye, and endowed with the power of simultaneity.

Moreover, we take intimate pleasure in the spectacle in which everything is perfect and calculated, where nothing is left to chance, which transports us in seconds, with complete ease, from a rural village to the top of a skyscraper.

But perhaps the cinema’s greatest strength lies in the endless possibilities of the “trick,” original and unique to the cinematographic arts. The camera already has the ability to make us experience new sensations, not yet stripped of their aesthetic value. There is a rare and powerful beauty, for instance, in the image of a leaping horse, or a body falling au ralenti; the instantaneous flowering of a plant; the reversed dive of a swimmer; street traffic receding, or advancing with an absurd slowness… There are also amusing photographic enhancements, dissociative images, visions, and disappearances.

These merge into an evermore-masterful mise en scène, created through a collaboration of talented artists who achieve wonderful effects like those we admire in The Thief of Baghdad, and so many Griffith productions.

Glorifying artifice, the filmmaker must cut the ties that bind him to the theatre. While the theatre is, as mentioned earlier, a “static” art of expected effect and marked limits, the cinema initiates the pursuit of a new technique, from which none of the marvelous and inexhaustible devices of artifice should be excluded.

This is why, aesthetically speaking, I consider the cinema, that youthful art, the art of the “tenth muse” as Cocteau referred to it, far more interesting than bad theatre.

“But what about good theatre?” you will ask. Good theatre is an art form so distinct from film that to declare a preference for one over the other is to demonstrate that I understand neither. They are located on two altogether different planes.