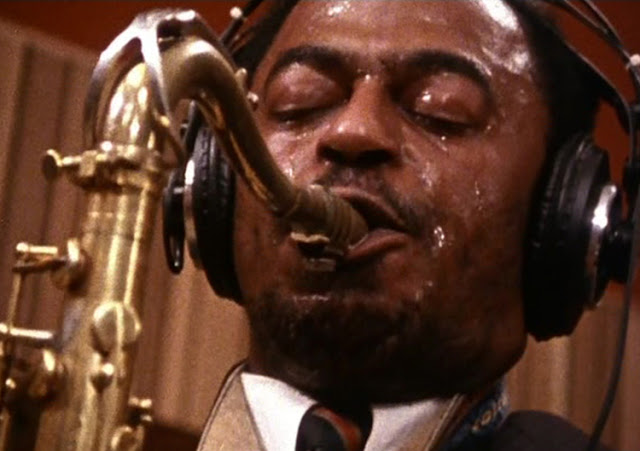 In this delightfully intimate documentary shot in the early 1980's, four figures formerly at the vanguard of the 60's free-jazz explosion recall the pivotal era, and in an act of cinematic conjuring, invoke the exploratory spirit that animated their early groundbreaking works. Pianists Cecil Taylor and Paul Bley, trumpeter Bill Dixon and saxophonist Archie Shepp - as diverse and articulate a panel of artists one could ever hope to cross-examine on the subject at hand - give candid interviews that touch on their beginnings on the avant-garde scene, the considerable challenge of earning a living while continuously pushing creative boundaries, and their enduring love for their craft. The testimony, alternately funny, impassioned and thought-provoking, is intercut with footage of the musicians playing in different configurations, from extended solo improvisations (by Taylor and Bley), to pieces for trio and quartet (by Dixon and Shepp, respectively). As enlightening as the anecdotes are, the extemporaneous performances offer the deepest insight. Captured with a rapt gaze by director Ron Mann, they manifest that which the interviewees can only allude to, or express in intellectual terms that prove inadequate: the insatiable yearning for new and hitherto unheard sounds that drove them to experiment in the heyday of "the new thing," and continues to drive them presently. For those rating the players, Mr. Taylor steals the show handily, with his moonstruck musings, sequined sweatsuit, and impossibly energetic, violently percussive pianism.
Posted by Andrew Castillo at 5:29 PM 1 comment: 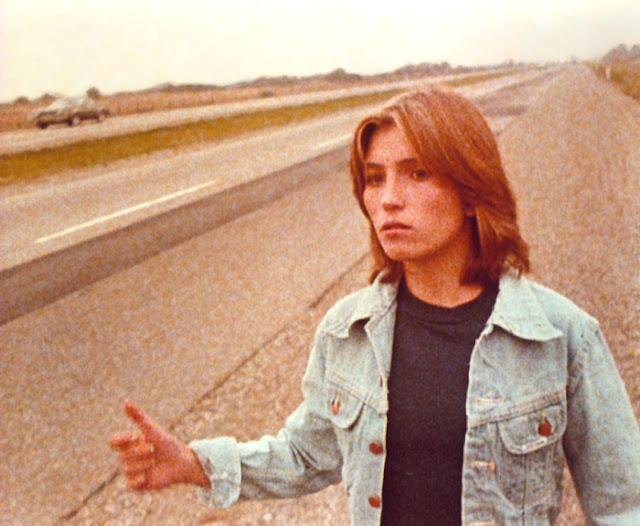 Nearly a decade after the debacle of 'The Last Movie,' a critical and commercial flop so ruinous that he was effectively banished from Hollywood for making it, Dennis Hopper helmed this minor masterwork, possibly the finest moment of his turbulent directorial career. It's a portrait of a broken family, torn apart by a tragic accident then reunited years later, only to be shattered irrevocably by seemingly inescapable circumstance. Patriarch Don (Hopper, all manic energy and howling sorrow) is released from prison after serving a five-year sentence for crashing his truck into a school bus full of children. In his absence, wife Kathy (Sharon Farrell) has taken up with her boss at the local luncheonette and developed a nasty drug habit, shooting up and ignoring her teenage daughter Cindy (Linda Manz). The neglected Cebe (as the girl is affectionally known) gravitates to the burgeoning punk rock scene, puffing cigarettes, swilling beer, tattooing herself and running away from home in open rebellion against her derelict mother and absentee father. Don's return precipitates a catastrophic chain of events, old wounds and deep-seated dysfunctions reemerge, and any chance the family had for happiness, or completeness, is dashed.

Hopper stumbled into the low-budget directing assignment, replacing the film's screenwriter at the last moment, but his signature preoccupations and iconoclastic spirit are evident in all its aspects - from the patchwork rock soundtrack that recalls 'Easy Rider,' to the alienated protagonists like those that appear throughout his oeuvre, usually portrayed by Hopper himself. The conflicted Don Barnes mirrors the director especially closely; both are aging troublemakers, returned from exile and forced to wrestle with their obsolescence in the face of the latest counter-cultural wave. ("I'm a punk," Don sneers at the sight of his daughter's band posters.) What separates this from the filmmaker's earlier, self-indulgent efforts is a newfound restraint, and a masterly control of resources. The brutally honest performances, stoked to their feverish limits, evoke the cinema of John Cassavetes, and are matched by the dynamic photography of cinematographer Marc Champion. His camera stalks nimbly, changes direction suddenly, and circles its subjects as if ensnaring them, only stopping to rest on the most haunting, indelible images. Another telling sign of Hopper's maturation: he cedes the spotlight to young actress Linda Manz, whose soulful, defiant yet deeply vulnerable turn as CeBe is one that is not easily forgotten.
Posted by Andrew Castillo at 11:51 AM No comments: 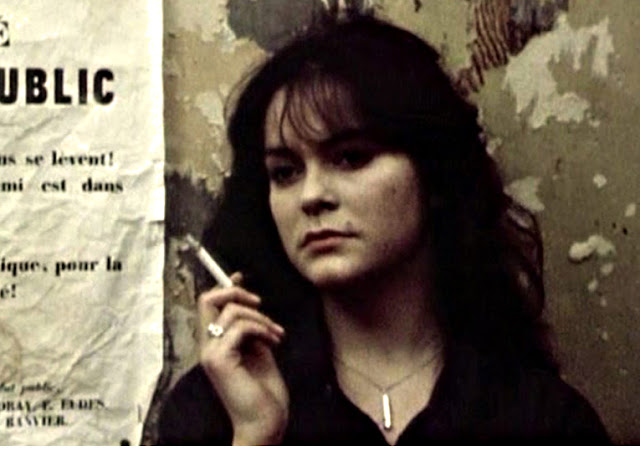 Part cine-philosophical tract, part free-form fiction, Ken McMullen's audacious feature blends 'Celine and Julie Go Boating' style feminist romp with graduate-level dialectics, though not particularly successfully. Pascale (Pascale Ogier) and Marianne (Leonie Mellinger) travel the shadowy streets of Paris and London in search of "ghosts," not the spirits of the deceased, but traces of people and events from the past that echo endlessly throughout our lives. They consider various phenomena that dredge up those figures and ideas - recordings, photographs, oral histories, the cinema - and how these phantoms invariably reappear and influence, or "haunt" the present. Along the way, the pair encounter several Carroll-esque characters (a phone-chewing electronics salesman and a weather obsessed drummer), consult a preeminent philosopher (Jacques Derrida, whose sagely observations and fourth wall prodding may be the highlight of the film), channel ancient warriors and visit a ruined future world.

Sadly, what could have been a fanciful inquiry into an intriguing subject is confounded by didactic passages that clash with the storyline, and slow the overall pace to a crawl. McMullen interjects opaque narration, interpretive performance pieces and other pretentious asides that try desperately to emulate film essayists like Chris Marker and Jean-Luc Godard, but fail to capture their eccentric poetry, or sense of wonderment. The high-flown discourse and dreamlike plot never coalesce either, making for a wildly uneven viewing experience. Still, it is worth seeing, if only for a number of provocative images that mystify, and reveal ethereal connections. The opening and closing shots, which are repeated, resonate especially clearly; on a wintry beach, Marianne tries futilely to throw a large, poster-sized photograph of Pascale into the ocean, but the tide repeatedly washes it back in. Actress Pascale Ogier (whose mother was Rivette regular and 'Celine and Julie' co-star Bulle Ogier) would tragically die soon after the release of the film from a heart attack. By means of associations seen and unseen, in the past and yet to occur, Marianne's task is transformed into a symbolic burial, a prophetic ritual that illuminates the interconnectedness of generations. If only the director let the images speak for themselves more often.
Posted by Andrew Castillo at 7:29 PM No comments: