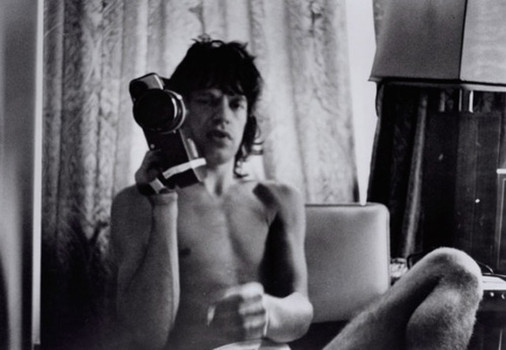 Still barred from any wide or home release some 40-odd years later, Robert Frank and Daniel Seymour's raucous Rolling Stones tour film plays like a spiritually exhausted sequel to 'Gimme Shelter,' the Maysles brothers and Charlotte Zwerin's chronicle of the calamitous concert at Altamont Speedway in 1969. In the earlier feature, the filmmakers framed the fateful convergence of hippies, radicals, bikers and rockers as the end of the 60's in miniature. The deadly violence that erupted was presented less as a tragedy than as the inevitable detonation of a combustible mixture, the moment the American counterculture movement went over the cliff. Frank and Seymour's film, blocked from being shown by the band immediately after its completion, surveys the aftermath of this great disillusionment, trailing the Stones as they return to the U.S. for the first time since that event, even more popular than before but far less hopeful. The positive slogans and communal spirit of '69 have been replaced with bawdy blues and dead-eyed debauchery that doesn't look like fun for one moment. Primarily partaken of by the band's innumerable entourage, there is gratuitous drug use (of just about every sort of narcotic you can imagine), as well as a number of sex acts with a rotating cast of groupies, performed proudly in front of the camera, often with the crew joining in. Bad behavior in a rock documentary is hardly surprising, but the endless carousing becomes tiresome, not for the general lack of decency but because it all seems so empty. Frank leavens these gloomy rituals in a number of ways - with skittish, free-flowing montage, off-color but consistently funny incidental dialogue, and of course, a number of electric musical performances (of which, a worn out rendition of "Midnight Rambler" and the Stevie Wonder-assisted "Uptight/ Satisfaction" medley top the list). He also includes a number of idiosyncratic, poignant little moments that recall his still photography, particularly his seminal study of the Beat-era United States, The Americans. The most memorable sequences involve surreal scenarios that attest to the peculiar, mundane, lonely and flat-out absurd nature of life on the road. These scenes include the group shooting pool with the elderly black patrons of a southern bar, Mick Jagger yielding a camera of his own, lovingly photographing his young bride, and the perpetually-blitzed Keith Richards, practically unable to stand, tinkling a tender melody on a friend's piano.
Posted by Andrew Castillo at 11:55 AM No comments:

To the dismay of the already initiated, the remarkably original filmmaker Marcel Hanoun (1929-2012) remains almost completely unknown, even to the average so-called "film buff." A contemporary and sometimes-collaborator of the French New Wave, his debut 'Un Simple Histoire' (1959) won the Eurovision prize at Cannes, the follow-up 'Le Huitième Jour' (1960) starred Emmanuelle Riva of 'Hiroshima Mon Amour' fame, and 'L'authentique Procès de Carl-Emmanuel Jung' (1966) was partially funded by Jean-Luc Godard, and featured a cameo from Jean Eustache. Even with the support and regard of his voguish peers, his films had little traction with audiences or critics, and by 1968 he had all but vanished into obscurity. At present, the name Marcel Hanoun is much more likely to draw blank stares than wide-eyed admiration. Almost single-handedly leading the charge to rectify this gross undervaluation is Re:Voir, Paris-based distributor and purveyor of experimental cinema, which is promptly releasing his texts (in French), as well as his notoriously hard to find features. After a first-rate 'Carl-Emmanuel Jung' DVD in 2015, this April they issued a veritable holy grail: his 'Les Saisons' tetralogy in a four-disc set, restored and subtitled in English. Made between 1968 to 1972, the films contained within constitute the director's greatest artistic achievements, and they expound a filmic philosophy on par with the brightest cinematic minds of his generation. One can only hope that that the angelic example of Re:Voir is followed by other distributors. Even on a small scale, more home releases from his extensive filmography will lead to more critical attention, and inevitably, an improved standing for Hanoun among forward-thinking filmmakers of the 60's, 70's and beyond. 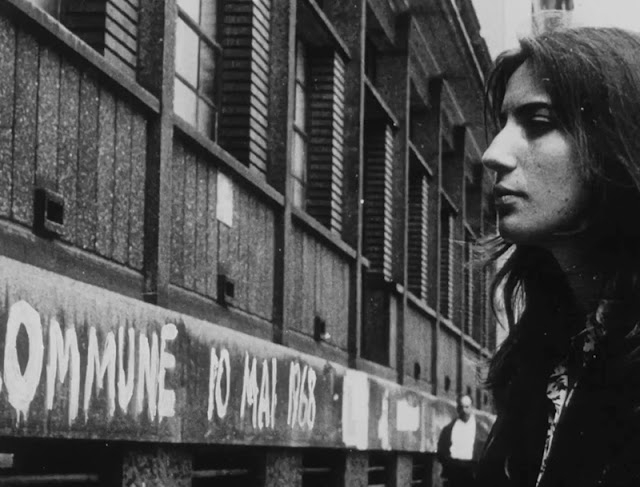 The first entry in Hanoun's film cycle based on the seasons, 'L'été' (1968) follows a woman (Graziella Buci, in her only acting role) who escapes to a friend's farmhouse in Normandy from Paris following the events of May '68. Craving a break from the political turmoil, she stays there alone for a number of days, debating whether she should reunite with a lover, Jean-Luc, with whom she took part in the demonstrations. She idles her time away, listening to music, reading, exploring the surrounding countryside and corresponding with a pen-pal abroad. Like Rimbaud's Season in Hell, her Summer sojourn is a sort of limbo; trapped between the aura of failed revolution in the city, the fleetingness of her idyllic interlude and an unforeseeable future, she clings increasingly to idea of the messianic Jean-Luc, who may or may not be coming to rescue her.

'L'été' can be interpreted in a number of ways, all critical to understanding the artistic trajectory of Hanoun in this period. From a political viewpoint, it can be seen as the director's rather poetic statement on the aftermath of May '68. As his colleague Jean Eustache would poignantly recall some years later in his elegiac masterwork 'La Maman et la Putain' (1973), the time following the occupation of Paris by students and workers (and the successful, albeit brief ousting of de Gaulle) was one of great disillusionment, a collective come-down for the men and women in the street when they realized that the social structures they had shaken so were not going to topple. Unlike Eustache, whose temporal distance from the events allowed for more thoughtful reflection (as well as a measure of self-deprecating humor that leavened the melancholic mood), Hanoun made his film a scant three months later, in August. Enough time had passed that protesters could perceivably see the fault in their naive logic, but their ideological defeat was still quite fresh. Accordingly, the female protagonist's reaction to the encroachment of current affairs on her getaway (represented by images of protest graffiti in Paris, radio reportage of the Soviet reaction to the Prague Spring and mentions of armed struggles in Vietnam and Biafra) is not galvanization, but weariness, and a curious detachment from the ongoings. The rural, almost-utopian backdrop of her idyll (suggestive of a farming cooperative) does little to comfort her either, and when her lover (functioning as a sort of revolutionary savior) fails to appear, she realizes that her peace of mind lies in a deeper introspection.

Similarly, with 'L'été' and his seasons tetralogy, Hanoun's art would turn inward, transitioning from the social and political to issues more personal and philosophical in nature. Much like his protagonist, he would abandon the more popular themes in pursuit of an artistic ideal, and an original style would emerge. His first feature 'Un Simple Histoire' was a tale of a single mother desperately searching for a job that drew notably from Italian neo-realism, 'Le Huitième Jour,' a kitchen-sink style social drama and 'L'authentique Procès de Carl-Emmanuel Jung,' a wordy, Brechtian dissertation on the Nazi horror (made in a style eerily prescient of Straub-Huillet). Thematically, 'L'été' sees this sort of topical concern replaced by meditation and self-absorption, and stylistically, it announces the director's newly-matured methodology. Hanoun's works would subsequently center on thinly-veiled autobiographical characters who grapple with the nature of art, specifically the cinema. They do so by means of cerebral dialogue, but also through pious contemplation of the high-arts, particularly European paintings, religious iconography and classical music. Indeed, when the unnamed woman exalts her latest musical discovery (Bach's Ich Habe Genug cantata) in a letter, it's almost as if she were suggesting it as a viable alternative to politics, religion, and other systems of belief.

'L'été' also introduces Hanoun's completely singular editing style, an audio-visual patchwork that characterizes and unifies the four Season films. Like a musical fugue (a comparison the director would plainly make at the beginning of 'L'hiver'), motifs are woven throughout the cinematic composition, reappearing often and in varied forms. The image that dominates this film is that of the face. The mysterious countenance of the lead actress is shown from every imaginable angle, close up and mid-range, in motion and in still photographs. Similar to Bresson (who he was favorably compared to by Godard in his review of 'Un Simple Histoire'), Hanoun's fascination with faces is almost purely aesthetic, likely derived from his own work as a photographer. Other recurring visual elements include the protagonist's nude body displayed in various poses, repetitious running shots, and bucolic nature scenes. As he does with images, snippets of dialogue, sounds and music are removed from their diegetic context and repeated, overlain in an intricate, almost mathematical design that suggests fine filigree or an orchestral arrangement, even more so when punctuated by the measured, but brisk cuts. The rhythmic quality of the editing, seemingly at odds with the non-action Hanoun trains his camera on, produces a hypnotic effect that works independently of the narrative. The mastery of montage is the director's first step towards a cinema that is, through its inherent poetry and rigour, an end in itself.

Like the titular season, 'L'été' is brief but eventful, filled with intimations of endings and beginnings. For Hanoun, it marked the end of his devotion to the puerile political causes of May '68 (a creative and intellectual dead-end, he felt), as well as the beginning of a meaningful, very personal cinematic dialectic, the culmination of which would be his defining works. In between these revelations, as is expected in the Summer months, is a fair amount of soul searching, much biding of time, and more than a little ambivalence about it all.
Posted by Andrew Castillo at 11:22 AM No comments: